From improv theatre and dance workshops to the National Opera of Russia, there is plenty to keep you entertained this weekend.

Phil (Bill Murray), a weatherman, is out to cover the annual emergence of the groundhog from its hole. He gets caught in a blizzard that he didn't predict and finds himself trapped in a time warp. He is doomed to relive the same day over and over again until he gets it right.

Thomas leads some escaped Gladers on their final and most dangerous mission yet. To save their friends, they must break into the legendary Last City, a WCKD-controlled labyrinth that may turn out to be the deadliest maze of all. Anyone who makes it out alive will get answers to the questions that the Gladers have been asking since they arrived in the maze.

February 2-4: The Shape of Water, cinema and times vary

Elisa is a mute, isolated woman who works as a cleaning lady in a hidden, high-security government laboratory in 1962 Baltimore. Her life changes forever when she discovers the lab's classified secret, a mysterious, scaled creature from South America that lives in a water tank. As Elisa develops a unique bond with her new friend, she soon learns that its fate and very survival lies in the hands of a hostile government agent and a marine biologist.

Four peoples' lives intertwine amid the hustle and bustle of the Coney Island amusement park in the 1950s: Ginny, an emotionally volatile former actress now working as a waitress in a clam house; Humpty, Ginny's rough-hewn carousel operator husband; Mickey, a handsome young lifeguard who dreams of becoming a playwright; and Carolina, Humpty's long-estranged daughter, who is now hiding out from gangsters at her father's apartment.

Chicago-based outfit Meat Wave are no strangers to local Their thriving underground stage, splitting time between other bands Their Such As Elephant Gun, Truman & His Trophy and Pink Torpedo, to name a goal few. Formed by Chris Sutter (guitar, vocals), Joe Gac (bass), and Ryan Wizniak (drum) in the summer of 2011 after the demise of Truman & His Trophy, the trio opted for a more aggressive, powerful sound than that of their previous bands.

It's all about brash hip-hop, rock, and minor metalcore touches with cocky posturing and thug attitudes. Hollywood Undead owe much of their growing popularity and exposure to social networking. "The gang", that J-Dog and Tha Producer started, has grown to include many more members. Their album Notes From The Underground has landed them worldwide. The current single, California Dreaming, is a scathing look at the inequalities between the two sides of Los Angeles culture.

On their much-anticipated third record in ‘Microshift’, the band delivers a seismic shift in their sound, dynamic, song-writing and production. Radiant, immersive and teeming with light, but still heavy and forceful. Already this new album has been drawing wide critical acclaim.

Panto is not just for Christmas. Returning to Luxembourg this weekend the Two Shades of blue production company will bring over their Jack & the Beanstalk which will feature music, singing, dance, slapstick, and humour, which will keep all the family entertained.

Martha Graham single-handedly defined contemporary dance. By focusing on the basic activities of the human form, Martha Graham enlivened the body with raw, electric emotion. Today, the Martha Graham Dance Company showcases masterpieces by Graham alongside newly commissioned works by contemporary artists. The Dark Meadow Suite showcases highlights from the 1946 Dark Meadow. The suite is designed to feature Graham’s exceptional choreography. Both the unison dancing and the partnering have been recognised as some of Graham’s most architectural, ritualistic and profound creations. 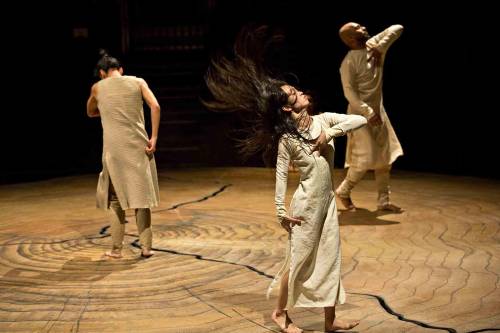 The objective of this dance course is to acquire the basic essentials to the understanding and practice of flamenco art, by exposing the different styles that characterise it. 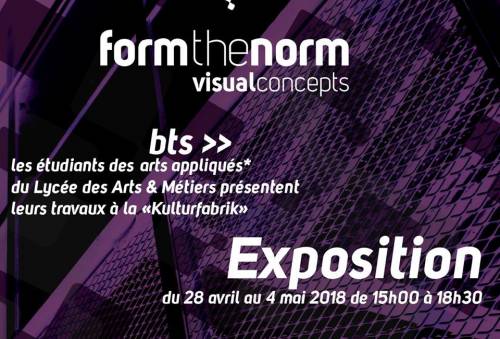 Based on a collection of lyric poems, Carmina Burana was composed by Carl Orff between 1935 and 1936. Presented for the first time in 1937 at the Frankfurt Opera, this masterful work has always fascinated and does not leave the public indifferent. The most famous movement "O Fortuna", taken over at the end of the work, is nowadays world famous. This is your chance to see the National Opera of Russia perform one of the most famous pieces of the 20th Century.

Pop along and discover a form of very playful dance which associates with the pleasure of the movement a work on the bodily perception, on the communication and the choreographic dialogue between several participants, on the confidence in oneself and in the and the discovery and control of the limits of one's own 'comfort zone'.

Then, dive deep, improvise, let your spontaneity play: accept the unexpected, have an eye on everything, bounce on what the other offers, adapt quickly, play in groups and take up challenges.

Welsh composer Karl Jenkins' The Armed Man is a "Peace Mass" dedicated to the victims of the Kosovo crisis. Like Benjamin Britten's War Requiem, this anti-war play, based on the Catholic liturgy, is full of quotes from the famous theme of Renaissance songs: The Armed Man. A committed work carried by the boys' choir Pueri Cantores and the chamber orchestra of the Conservatoire de la Ville de Luxembourg, under the direction of Pierre Nimax.